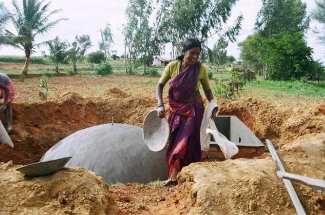 For the first 4 years after the Clean Development Mechanism was set up by the UNFCCC, the only pro-poor CDM Projects in the world were found in Chickballapur district of South India. Impressive resources have been tapped for pro-poor rural CDM Projects.

ADATS has taken the lead to form the Fair Climate Network since we are involved in this field for the past 25 years, and believe it our duty to transfer experiential learning to other grassroots bodies.